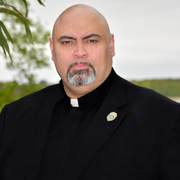 Marcos is the Senior Pastor at Action In Christ International Church in Brooklyn, NY, and President of Christian Clergy International-- an organization which provides an enrichment forum for inter-denominational Christian Clergy, whereby attention can be brought to issues such as  the persecution of Christians and other minority faith groups, and the state of the disenfranchised poor Christian churches worldwide. His dedication to the betterment of humankind has led him to initiate and participate in organizations that exemplify love, peace, and compassion.  A Board Certified Chaplain with Spiritual Care Association and the Association of Certified Christian Chaplains, a Board Certified Clinical Supervisor with the Institute of Clinical Pastoral Training, and a member of the Association of Professional Chaplains, he currently serves as a State Lodge Chaplain with the New York State Fraternal Order of Police, as well as Assistant Dean at the New York Divinity School, and Chief of Operations for the 90th Precinct Clergy Council. For two years he served as a hospice chaplain at Calvary Hospital in the Bronx, NY. Marcos was one of the first members of clergy hand-picked to participate in NYC Ceasefire-- a program focused on reducing violence by communicating clearly and directly with gangs, crews and drug sets through call-ins and custom notifications.  Marcos has been a guest lecturer at prominent institutions such as St. John's University, Fordham University, The New School, The Harlem Museum, El Museo del Barrio and Union Theological Seminary. For all his humanitarian efforts Marcos has received numerous Proclamations, Awards and Citations including, the J.P. Morgan Chase Unsung Heroes Award, a Humanitarian Award from Concerned Women of Brooklyn, NY and Citations from the NYC Comptroller's office and the NYC Council Speaker's office.
Contact Rev. Miranda. 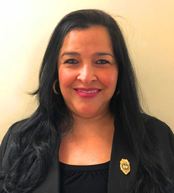 Grey has worked for the NYC Department of Education for over 20 years. An ordained deacon, she serves as a Board Member at Action In Christ International and is the Executive Secretary of the NYS Fraternal Order of Police Chaplains Lodge #777. Contact Chaplain Vallejo. 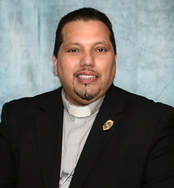 Daniel is currently the Coordinator of Parent Academy and Outreach at New World Preparatory Charter School in Staten Island. He is also Executive Director of Third Day Missions-- a community outreach organization based out of Staten Island, NY and an NYPD Clergy Liaison for the 121 Precinct. His previous work experience was on Wall Street, where he worked for over 15 years. Contact Rev. Delgado.

Ari has been serving as a chaplain to law enforcement in NY/NJ on the local, City and federal levels for 10 years. He has counseled many officers, offering both spiritual guidance and emotional support, as well as using his affiliations within the Jewish and other faith-based communities to assist law enforcement in cultural competency training, as a community outreach coordinator. With a Masters in Biblical Studies, Ari has had tremendous success as a motivational speaker and spiritual advisor specializing in community crisis intervention and management. Ari also serves in various capacities on a number of boards such as Vice President of the 66th Precinct Community Council, Chairman of the Security Council Committee for the Council of Jewish Organizations of Staten Island, President/Coordinator for Staten Island Shomrim Safety Patrol, and on the Law enforcement & Public Affairs Committee for the Rabbinical Alliance of America. He is an active member of the Citywide Shomrim Safety Patrol, Chesed Shel Emes, NYC CERT, American Red Cross, FEMA, and FDNY-EMS. For his years of dedicated service, Ari has been the recipient of appreciation awards from the NYPD, New York City Council, American Red Cross, New York State Senate, Homeland Security, and numerous local elected officials. Contact Rabbi Weiss.

Dr. Paul is President of the New York Divinity School, and has over 25 years of leadership experience in Christian higher education administration, including at Wheaton College, Northern Baptist Theological Seminary and the Seminary of the East.  He earned his Ph.D. and M.A. at the University of Virginia, specializing in applied ethics, critical thinking, and hermeneutics.  He is the lead author of three books:  The Taming of the Shrewd (1992, Thomas Nelson Publishing); Ethics Applied (1999, Simon and Schuster); and Business Ethics Applied, (2001, Pearson), and a contributing author to a dozen other books, especially in the areas of hermeneutics and applied ethics.  He is founder of the Office of Community Service at the University of Virginia and founder of the Center for Applied Christian Ethics at Wheaton College, Illinois--the first ethics center of any Christian college.  Dr. Paul is also an ordained minister. Contact Rev. Dr. de Vries. 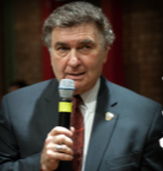 Rabbi Joseph Potasnik
Special Advisor
​
Since 1972, Rabbi Joe has been the spiritual and educational leader of Congregation Mount Sinai in Brooklyn Heights, N. Y.  He is the co-host along with Deacon Kevin McCormack of the Diocese of Rockville Centre of “Religion on the Line,” on WABC Talk Radio. He has also served as the religious commentator for WINS Radio 1010, succeeding the late Rabbi Marc Tannenbaum, and is the host of the TV program Faith to Faith weekly on Jewish Broadcasting Service (“JBS”).  Rabbi Joe is the former President, and presently the Executive Vice President of The New York Board of Rabbis. Serving his second term, Rabbi Joe was appointed by Mayor Rudolph Giuliani and reappointed by Mayor Michael Bloomberg to the New York City Campaign Finance Board. He also served as a member of the New York Human Rights Commission, and Jewish Chaplain of the New York Press Club.  As Chaplain of the New York City Fire Department and the Fraternal Order of Police, Rabbi Joe maintained a high profile, helping many families cope with the disaster of September 11th, 2001. Rabbi Joe has published numerous articles, and authored the forward for “The Illustrated Jewish Bible for Children.” Most recently, Rabbi Joe was awarded the Jan Karski Humanitarian Award 2014 by the Polish Consulate (the Jan Karski award is named in honor of a Polish patriot, a Catholic, and hero of the Polish Resistance), the Ellis Island Medal of Honor in 2014, and was selected by the Forward Newspaper as one of the 50 most inspiring Rabbis.  Contact Rabbi Potasnik.

Devorah has a sterling resume of public speaking, civic and communal awards, counter-terrorist expertise and identification of radical groups even prior to 9/11. Termed “a true fighter against terrorism,” by the FBI, Devorah has traveled a hard road from grieving mother to international counter-terrorist authority over the past 20 years. Her journey began on March 1st, 1994, when a Lebanese gunman murdered her beloved 16-year old son Ari in a terrorist attack on the Brooklyn Bridge. Grief and fury over her eldest son's murder transformed Devorah into an activist and crusader.  Her activism and vigilance in the era leading up to the attacks of 9/11 has been deemed prescient by law enforcement. Today, she is a sought-after authority locally, nationally and around the world as a new threat of terror seizes hold of the planet. Named as one of the coveted Forward Fifty, by The Forward newspaper, Devorah is a voice for victims the world over. Despite being vulnerable to death threats, Devorah will not be dissuaded from pursuing her goal: to create a terror-free world. “Having known Devorah for many years, her dedication to protect our citizens and most importantly our children is admirable. She is a beacon to the community and has taught us all about the horrible affects of terrorism on our country,” stated former NYC mayor Rudolph Giuliani on the occasion of her being honored with the FBI’s New York Division’s Director’s Community Leadership award in 2009. (She was honored with a similar award in Washington, DC in 2010). Contact Chaplain Halberstam.

Milagros has worked at for the Department of Veterans Affairs for over 26 years. Daughter of a Marine, Ms. Andino is keenly aware of the code of honor of the military. She is a mentor to young adults, an editor, and a certified Crisis/Trauma Chaplaincy Instructor. Contact Rev. Andino. 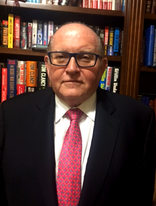 Nat, as he likes to be called, is a retired Chaplain/Captain with the New York Guard. He worked alongside Congressman Major R. Owens for 16 years; the last four years as District Director. He is Co-Founder of the well known Flatbush Shomrin Security Patrol and served as an NYPD Clergy Liaison for the 70th Precinct and Highway District. Nat served as a proud member of the United States Army from 1965-1971, and was stationed in Vietnam in 1967-1968. Contact Chaplain Szpilzinger. 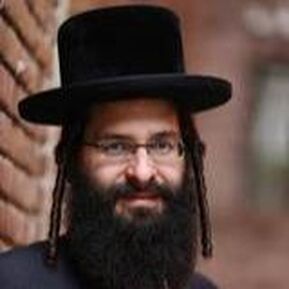 Rabbi Malik is a rabbinic leader, educator and board certified life coach. His personalized coaching and consulting services draws on nearly two decades of experience as a Rabbi, community leader, school teacher and principal.  Throughout the past decade, he has worked with families, couples and individuals of all ages, coaching them on a number of fronts, including marriage preparation, Shalom Bayis,  parenting, and career guidance. In addition to his private practice as a life coach, Rabbi Malik also serves as  a supervisor at Refuah Institute where he has the opportunity to train and shape students by leading practicums and by coaching students one on one. Rabbi Malik is also the director of the Boro Park Division and Spiritual Care Unit of the American Red Cross DAT Team, the first frum division of certified Red Cross providers who are trained to offer assistance during crises. As the dean of the rabbinical clergy training center (RCTC), Rabbi Malik trains Rabbonim for positions across the country. He is currently the Rav of Congregation Ahavas Achim Lvov and a presideium member of the Rabbinical Union of America/Ichud Harabbonim. Contact Rabbi Malik. 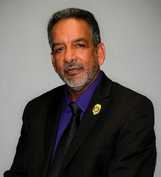 Imam Baksh is Assistant Director of Religious Affairs at ICNA Relief and Regional Manager for the Northeast at Alfurqaan Foundation Chicago. He is also a certified instructor with NYSCTF. Imam Baksh recieved a Ph.D. in Islamic Jurisprudence from Ummul Qura University and studied Islamic history at the Islamic Foundation in London, England. Contact Imam Baksh.

Usman is a  founding member of both One Nation Us and PAYS: organizations which are dedicated to helping Muslim communities. He graduated from Brooklyn College with degrees in Business, Management and Finance. He is currently an insurance broker with over a decade of experience. Contact Chaplain Usman. 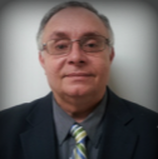 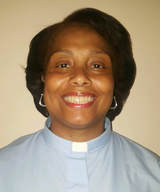 Kim served as a Chaplain Supervisor during 9-11 for the Red Cross, is a Certified Domestic Violence Counselor, and currently serves as a Chaplain at St. Luke's-Roosevelt Hospital in NYC and as a Trauma Chaplain for the MTA New York City Transit. Contact Rev. Osorio. 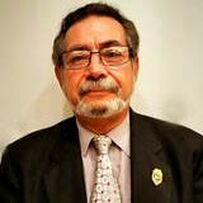 Pete serves as Executive Vice-President of the 911 WTC First Responders Foundation, and is Founder & Director of MLA Training Center (Mastery Learning Arts/Medical Life Applications). He serves as a Board Trustee at The Parkside School (Language Based Learning Disabilities), and served as Queens Borough Manager for NYC OEM CERT from 2005-2012. Contact Mr. Ticali.

Kilita has been a respiratory therapist for 15 years and is currently Director at South Shore Rehabilitation Center. She is the Community Liasion at Agape Food Rescue and  Executive Director  of God's Love Unites Everyone Worldwide Ministries (G.L.U.E.).  Kilita has found her passion and life's mission in serving others through outreach across NYC. She is a staple within the LGBTQ COMMUNITY. Contact Chaplain Kilita.

Jeanette is currently Executive Director of Agape Food Rescue. A veteran of the USMC, she has utilized her training to establish an organization that has been operating aggressively in poverty-resistance, winning various awards for pioneering innovative ways of fighting hunger and homelessness while maintaining hope and diginity for all. She is also the proud Co-founder of God's Love Unites Everyone Worldwide Ministries (G.L.U.E.); an organization whose focus is to create safe spaces for all Community members while celebrating unity within the LGBTQ interfaith community thru education, love and service to those in need.  Contact Chaplain Jeanette.

Manny is an Executive Director for Oppenheimer and Company. He is also past Grand Knight of the St. Thomas Knights of Columbus and a member of his Pastoral Council at St Thomas the Apostle R.C. Church in West Hempstead. Manny is a longtime Eucharistic Minister, member of Nostri Momenta Photography, and serves on the board of Espoir International.